New Pakistani upcoming movie Punjab Nahi Jaongi is releasing this year on Eid-Ul-Azha. Humayun Saeed, Mehwish Hayat and Urwa Hocane is doing leading role in it. Film is cross-cultural that involves Karachi and Punjab. Film story based on a love triangle. Story based on a boy who is son of Land Lord from Faisalabad and fall in love with a Karachi girl who already loves someone else and story begins. Film is expected to be released on Eid-ul-Adha 2017. Film is directed by Nadeem baig and written by Khalil ur Rehman Qamar. Official trailer is out now and in trailer Humayun Saeed’s royal entrance, Ahmed Ali Butt’s wacky dance, Mehwish Hayat’s killer attitude and Urwa Hocane’s desi look made us curious to watch this movie. 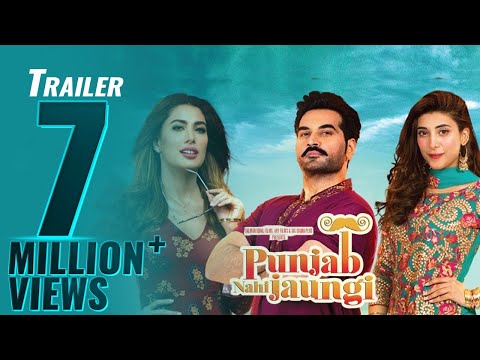