As we all know Yasir nawaz last film Wrong NO do very well business and achieve great success. Now  yasir nawaz is busy in shooting of another fantastic movie Mehrunnisa V Lub You. Danish Taimoor and sana Javed doing leading role in it. The official poster is release now and official trailer of this movie is Below.
After watching the trailer of ‘Mehrunisa V Lub U’ looks it will be great movie. Film has fantastic comedy and romantic story that will create a mega revolution in the cinemas of Pakistan. Lets wait and watch, it is confirmed that ‘Mehrunisa V Lub U’ will be released on Eid-ul-Fitr 2017.

“I’m lucky to debut with one of my favorite directors alongside a fantastic dream team.”

Danish Taimoor is always Yasir nawaz first choice for his films.Film will be comedy romantic and entertaining as similar yasir nawaz’s last film wrong no. 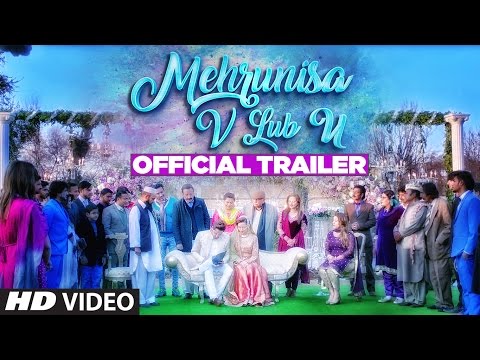