Pakistani animated movie ‘Allahyar & The Legend of Markhor’ trailer is out now and it is much impressive. Film will release in all Pakistani cinemas on 2nd February 2018.  After watching its trailer we can say that movie will be interesting. A bird flying across jungle and mountains and ends up introducing ‘Allahyar’ with his animal friends and picture quality also very good these all things makes us curious. Anum Zaidi, Natasha Humera Ejaz, Azfar Jafri and Ali Noor are playing voice roles in Allahyar and the Legend of Markhor.

Allahyar & The Legend of Markhor was under production of 3rd World Studios which was formed last year in Islamabad Pakistan. Head of 3rd World Studios Uzair Zaheer Khan said that film is an epic tale of friendship about a boy who can converse with animals. The story has a powerful narrative that will emphasize upon the often neglected relationship of human beings with the mother nature. Singer Ali Noor is playing villain character and Natasha Humera Ejaz playing lead role however other cast still not confirmed. You can watch full movie in all Pakistani cinemas on 2nd February 2018. 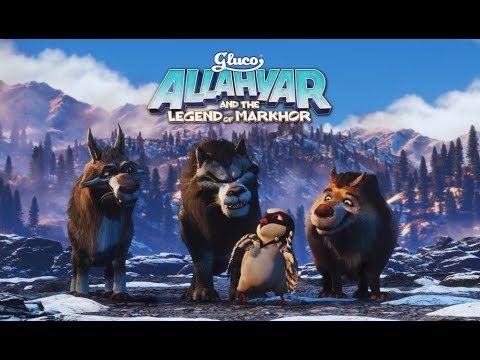