3 Bahadur | Rise of the Warriors

3 Bahadur Rise of the Warriors is a new Pakistani upcoming computer-animated action movie that will hit all the Pakistani cinemas in this month on 14 December 2018 by ARY Films. The new upcoming Pakistani Film 3 Bahadur Rise of the Warriors is directed by Sharmeen Obaid Chinoy and written by Kamran Khan. The movie stars the voices by Mehwish Hayat as Erma, Fahad Mustafa as Imran: Amna Father, Sarwat Gillani as Kulsoom; Saadi’s mother, Nimra Bucha as Babushka, and Behroze Sabzwari as Deenu, Khalid Malik as Kamil’s father, Faheem Khan as Gunchu, Mustafa Changezi as Tony. 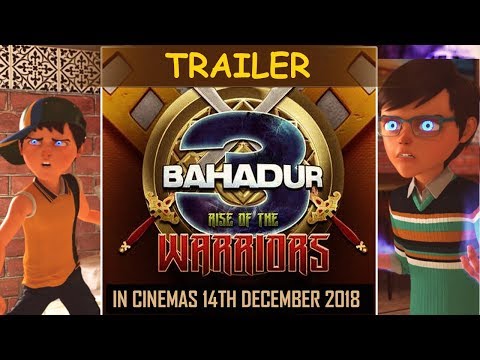